Turn your rental property over to the property management experts

San Carlos is a small residential suburb located between Belmont and Redwood City that was founded in 1770. Once referred to as Mission Carmel, the town of San Carlos now boasts a population of almost 30,000 people.

Frederick Drake, known as the Father of San Carlos, promoted the town's “The City of Good Living” motto. Drake also founded the Enquirer, and was a key organizer of Sequoia High School. He also established the town's Chamber of Commerce in 1926. 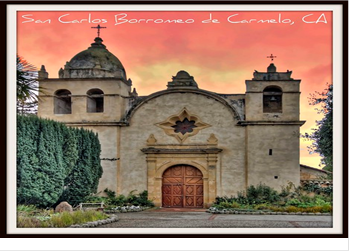 San Carlos is known for The Hiller Aviation Museum, which preserves the legacy of flight and gives inspiration to future generations. The museum has over 40 unique and innovative aircrafts on display, as well as realistic flight simulators. The Hiller Aviation Museum is a place where imagination is ignited and aviation comes alive. You can touch real aircraft and sit in an airline cockpit!

To add to the excitement, not far from the Aviation Museum is the San Carlos Museum of History! If you want to know all about the history of San Carlos then this is the place to be. Originally, it was built by volunteer firemen in 1923, and later served as the city hall. In 1970 however, the building was demolished and rebuilt according to its original firehouse architecture.

Places to Eat in San Carlos:

All potential tenants must meet our strict internal screening standards. We carefully review every application we receive, and we only approve qualified tenants.

Keep your rental income coming in like clockwork each month! We handle all billing and rent collection on your behalf. Your funds are directly deposited to your bank account.

When your rental home needs some attention from the experts, breathe easy knowing we're on your side! We coordinate all maintenance and handle all associated billing.

By performing regular inspections, our team ensures tenants are adhering to the terms of their leases, and catches problems before they spiral out of control.

We generate monthly financial reports detailing your earnings and expenses. Simply sign into your account portal at any time for a comprehensive overview of your rental's performance!

Why Choose the Glen Mitchell Group?

Operating with honesty is one of the key driving principles of our business. The bottom line is this: we aren't interested at making a profit at your expense. Every member of our rental staff strives to uphold the highest standard of integrity in all we do.

Our Team Uses the Latest Technology

Say goodbye to the old paper trail, once and for all! At the Glen Mitchell Group, we've brought property management into the 21st century with tech resources designed to keep us efficient and connected to you.

We fOCUS ON PROMPT COMMUNICATION

As your property manager, it's our job to represent your interests and keep you informed on what's taking place inside your home. We're available by phone and email, and we do everything possible to respond to your messages quickly.

When it comes to your Half Moon Bay rental home, you deserve the best support possible. Our team has worked with countless homeowners down the Coastside, and we know how to get great results for our clients. We own our own office and rental properties too! We certainly mean it when we say "we treat your property as if it were our own."

OUR CLIENTS LOVE US!

"Glen Mitchel has provided a superior property management service to me for many years. From marketing to interviewing tenants and providing lease agreements to efficiently handling every problem that arises. His management is experienced and reliable."

"Glen was a big help in securing tenants for my property when I needed to rent it out. I have found him to be knowledgeable and trustworthy with everything he has done to this point. I would definitely recommend his real estate services to others."
VIEW A SAMPLE REPORT

Get a free rental analysis! 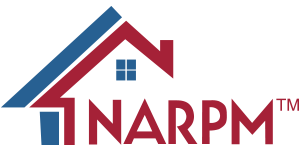 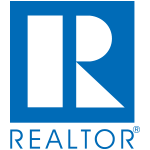 We know local real estate, and we get powerful results for our clients!

If you own rentals in Half Moon Bay or along the Coastside, you already understand the challenges that come with property ownership. From finding the right tenants for your home to handling monthly billing and maintenance chores, keeping a rental property afloat takes plenty of hard work and experience. On top of that, keeping up with governmental regulations like state rent control, or dealing with issues related to Covid-19 (Coronavirus) are some pretty big additional hurdles for you to go through alone. Working with a professional Half Moon Bay property management team can ease the pressure on your shoulders!

At the Glen Mitchell Group, our focus is simple: we want to help our homeowners to maximize their profitability. Our team works tirelessly to keep your rental performing optimally, and we stay in close contact with you so you're never left guessing what's taking place inside your home. Contact us today to schedule a free rental consultation and learn how we can help address all your rental management needs!